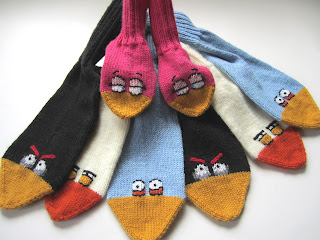 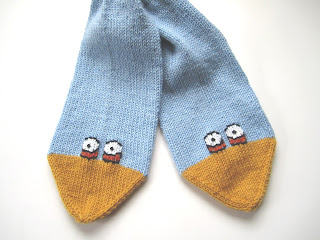 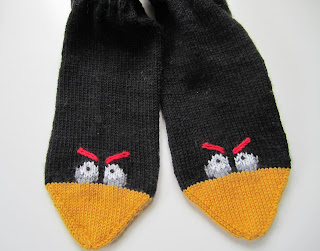 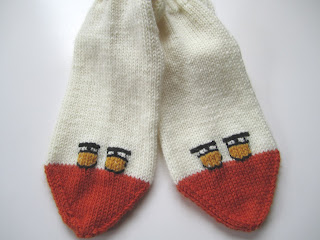 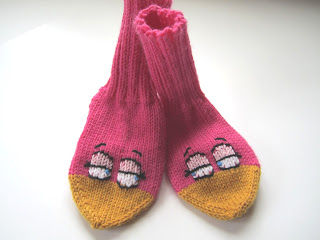 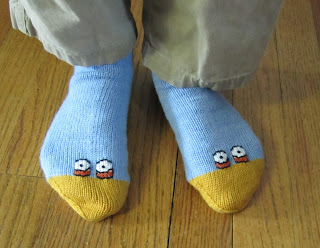 Now who's to say that you couldn't knit a pair of socks using two different birds?
Posted by Elaine at 10:56 AM

I think your angry bird socks are so fun! My kids would love them. Thanks for sharing.