Look what arrived in my message box this morning on Ravelry. 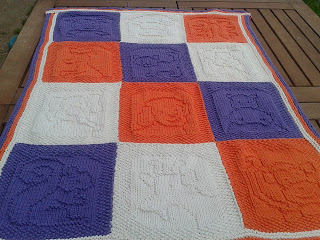 A picture of a beautiful blanket that Yola (who lives in England), knitted.  Isn't it adorable?  I love the way she made her borders.  Yola uses Woolgathering1 as her Ravelry name and here's a direct link to the project page.  She tells me that she knitted each square individually and then sewed them together with a blanket stitch.  I think she did a beautiful job and I was delighted when she said I could share it with all of you. Thanks Yola!
Posted by Elaine at 5:27 PM 1 comment:

I have such an addiction to knitting socks.  I can't even remember the last time that I didn't have at least one pair on some needles.  There's always a pair waiting for me to grab on my way out the door if I know I'm going to have an extended wait or even if there's the remotest chance I might have one!  I love to knit them in the car, at the doctor's, you name it.  I don't post a lot of pictures of them as I don't want to bore you with them.  I can hear the comments now, "oh great, another pair of socks!".  That said, every once and awhile I come across a sock project that I just love.  This is the case with the latest pair I finished for grandson, Micah. 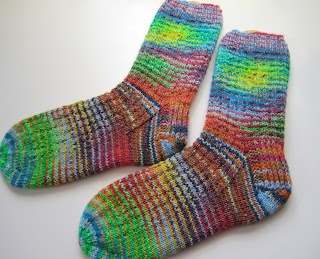 This yarn actually began with a sock blank dyed by one of my most favorite independent dyers, Jennifer Porter of Marigoldjen Hand Dyed Yarns.  If you've never visited her Etsy shop before, you should definitely check it out.  You'll be in for a real treat.  Anyway, here's some before pictures, courtesy of Jenny. 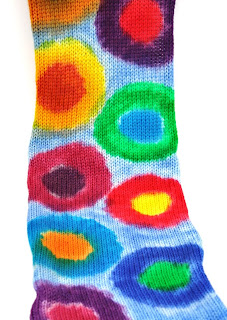 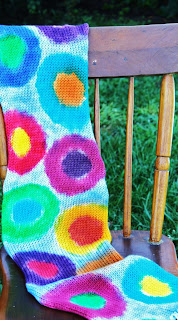 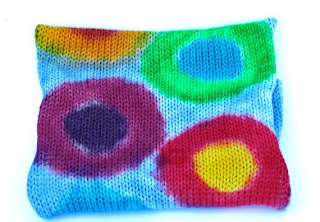 She named the colorway:  "Crazy Go Round".  I had bought a sock blank quite a few years ago and was disappointed in how stiff it was. The yarn wasn't the best quality either, however, I knew that if Jenny was dying blanks, it would be a whole other story and I was right. This yarn is so soft and is wonderful to knit. At first, I was going to attempt knitting two socks at a time, but the instructions that I had called for short row heels.  I'm not a fan of that type of heel at all and so I decided to knit them one at a time. I rarely have second sock syndrome, so I wasn't concerned about finishing them. 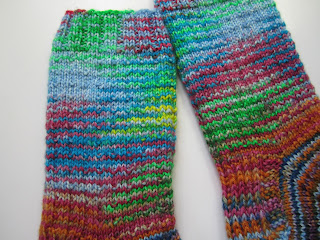 I didn't it find it difficult to separate the yarns.  I did a little at a time and wound each ball as I went along. When it came time to start knitting, I made careful notes so I'd remember when I started.  (Now that I'm getting older, I seem to need notes for everything!). 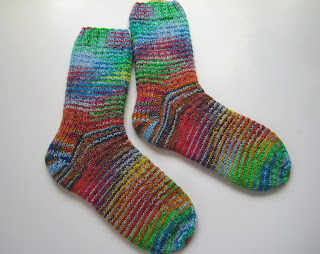 The pattern is one my favorites.  It's called "Purl Bumps by Kathleen Taylor.  It's one of the patterns in her Big Book of Socks.  I love this book.  I even bought it in the digital format so I can have easy access to the patterns and can print them out.  I wanted a pattern that didn't detract from the yarn itself.  Three rows are straight knitting and the fourth has an easy stitch pattern. 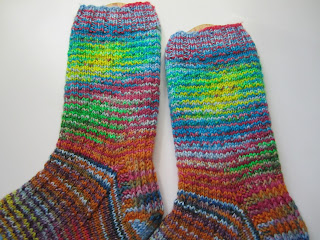 I knit these in record time as I could barely put them down.  It was so much fun waiting to see what the next color combination was going to be! I kept saying "I'm only going to knit one more row" which inevitably turned into ten more rows! I have enough left to knit another pair of socks for Babe Ruth.  Those will be interesting as she has really small feet!  In the meantime, I bought a second blank. 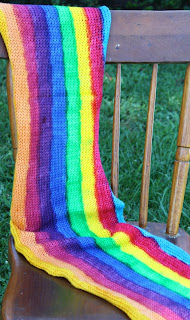 This one is called "Rainbow Bright" and I can't wait to see what these socks will end up looking like!
Posted by Elaine at 3:58 PM 1 comment: 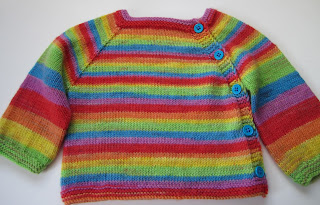 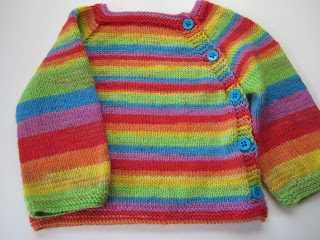 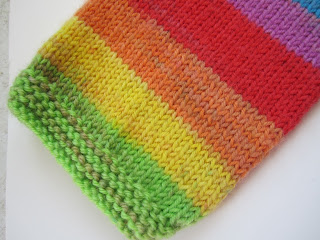 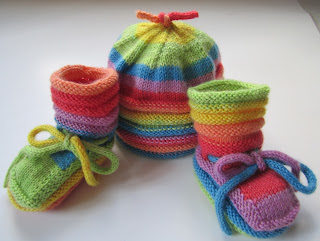 To finish it all off, I included a copy of Eric Carle's The Very Hungry Caterpillar.  A classic if ever there was one. My grandkids loved it and hopefully, this baby will too!
Posted by Elaine at 8:28 AM 2 comments: 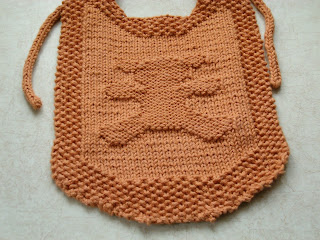 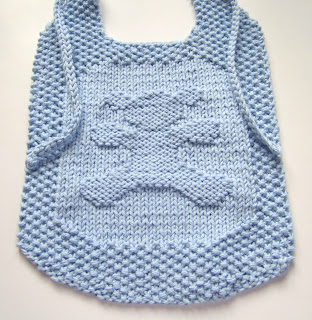 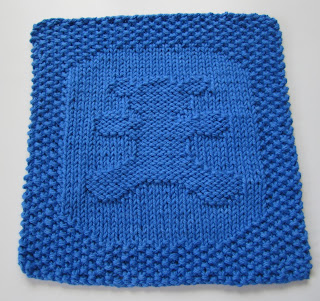 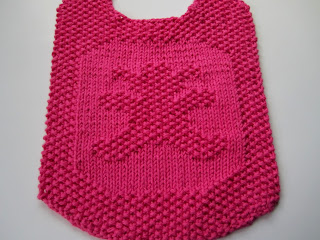 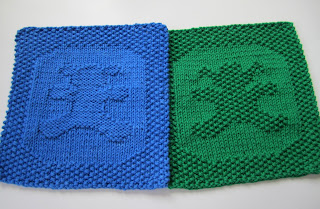 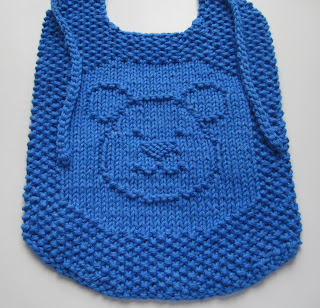 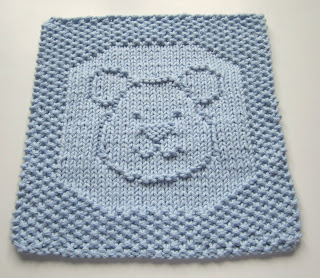 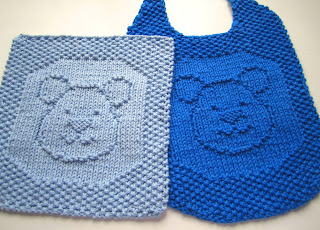 So there you have it.  The beginning of my designs and the last.  Well, the last for now!  The pdf files are in the sidebar, or you can just click on the links below:
Teddy Bib
Teddy Bear Cloth
Seedy Teddy Bib
Seedy Teddy Cloth
The Head Bear Bib
The Head Bear Cloth
Posted by Elaine at 3:33 PM 3 comments:

I started to post my new patterns and I accidentally removed ALL the updated bib patterns!  It's going to take me awhile to figure out what I deleted and to re-post them all, so if you're looking for a particular pattern and can't find it, that's the reason!  What a dope!  Guess I know what I'll be doing for the next hour or two. . .
Posted by Elaine at 11:30 AM No comments: