The Trouble with Gradients

Have you tried any of those new gradient yarns yet?  I had been wanting to, but I was waiting for the perfect project.  I was a little put off by the price of most of them, but I decided to knit my daughter-in-law, Emily, a long cowl for Christmas.  If anyone deserves a special gift, I believe that she does.  I went to the New England Fiber Festival last November and the one item that I didn't want to go home without was a skein of gradient yarn.  I knew that the shop Wandering Wool was going to be there and I already had my eye on her colorway called "Great Barrier Reef". 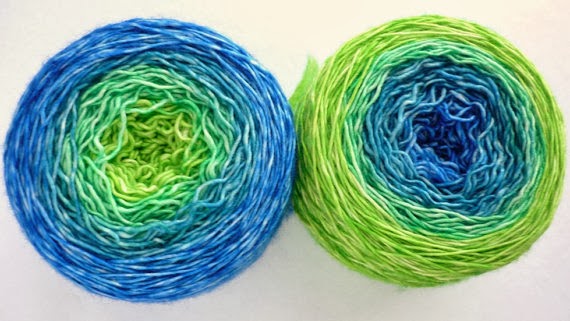 Emily's favorite color is that grassy, lime green.  You'll note that the yarn is shown wound two different ways. I had decided to use the blue to begin the cowl and end with the green so it would be outside and more visible.  I chose the Biscuit Cowl pattern.  It was simple with just a slight bit of lace.  I thought it wouldn't take me too long and I'd be able to finish it in plenty of time. 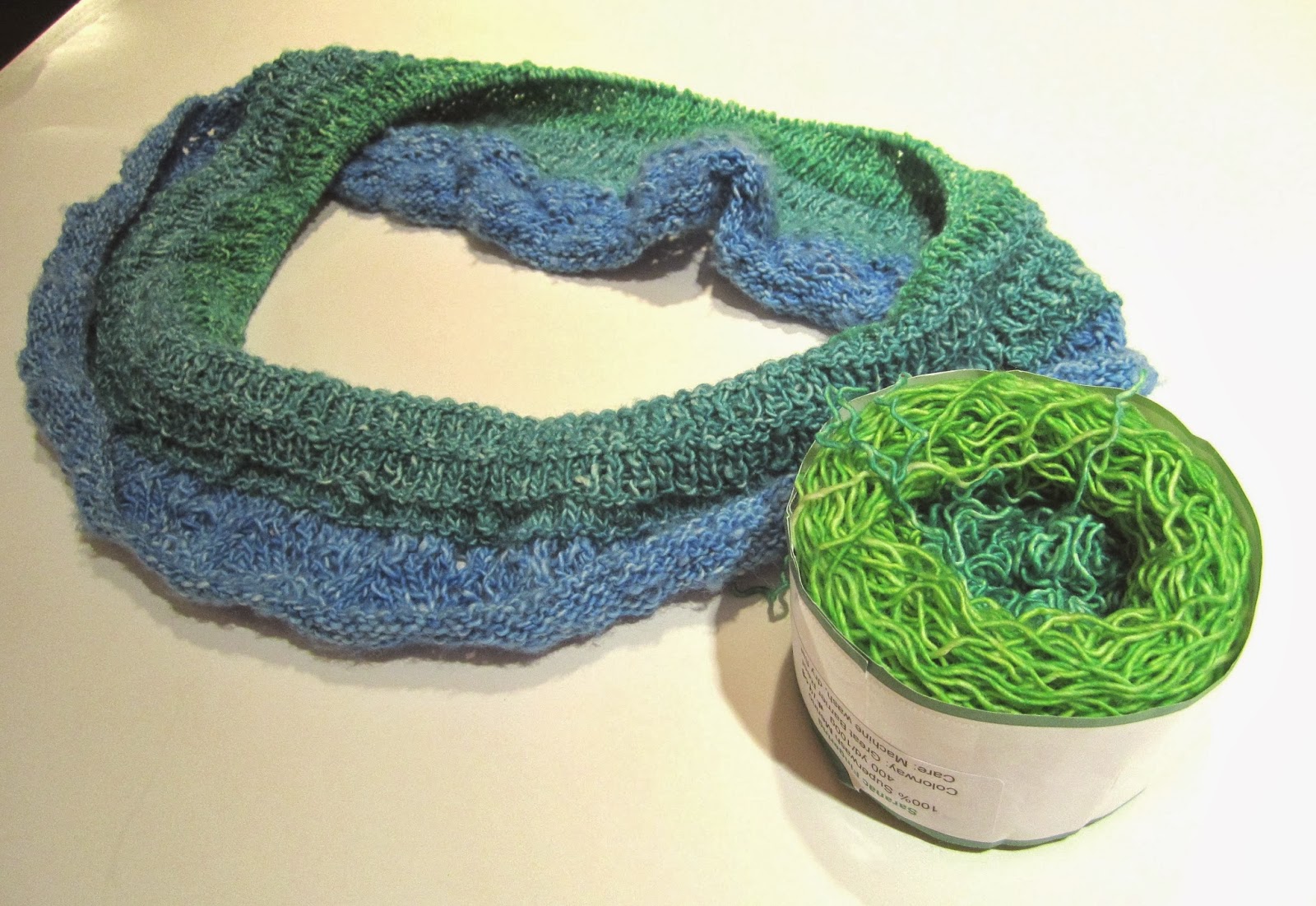 I used stitch markers every few repeats, so if I messed up the pattern, I'd be able to catch it quickly.  Things were going along nicely, but I soon realized that I was going to be finished with the cowl long before I got to the lime green!!  That's the whole reason I chose the yarn!  This left me with a dilemma.  I knew there was no way to get another one knit in time for Christmas.  In the end, I decided that the only thing I could do was to rip it out and start over from the other end. 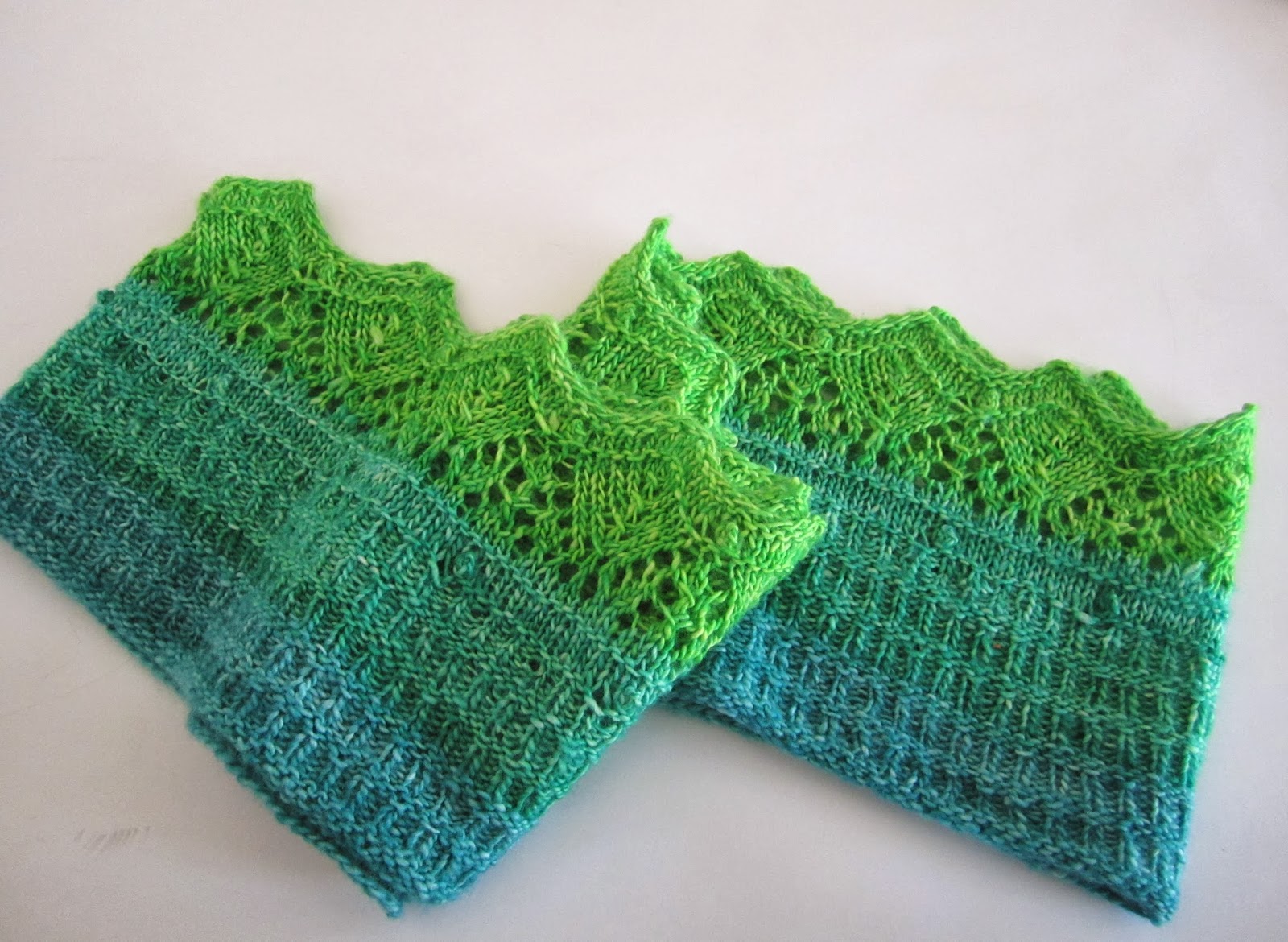 After waiting so long to use the yarn and knowing how expensive it was, I knew I'd never be happy with it as it was. I'm glad I started over, because I was able to use every bit of the green. 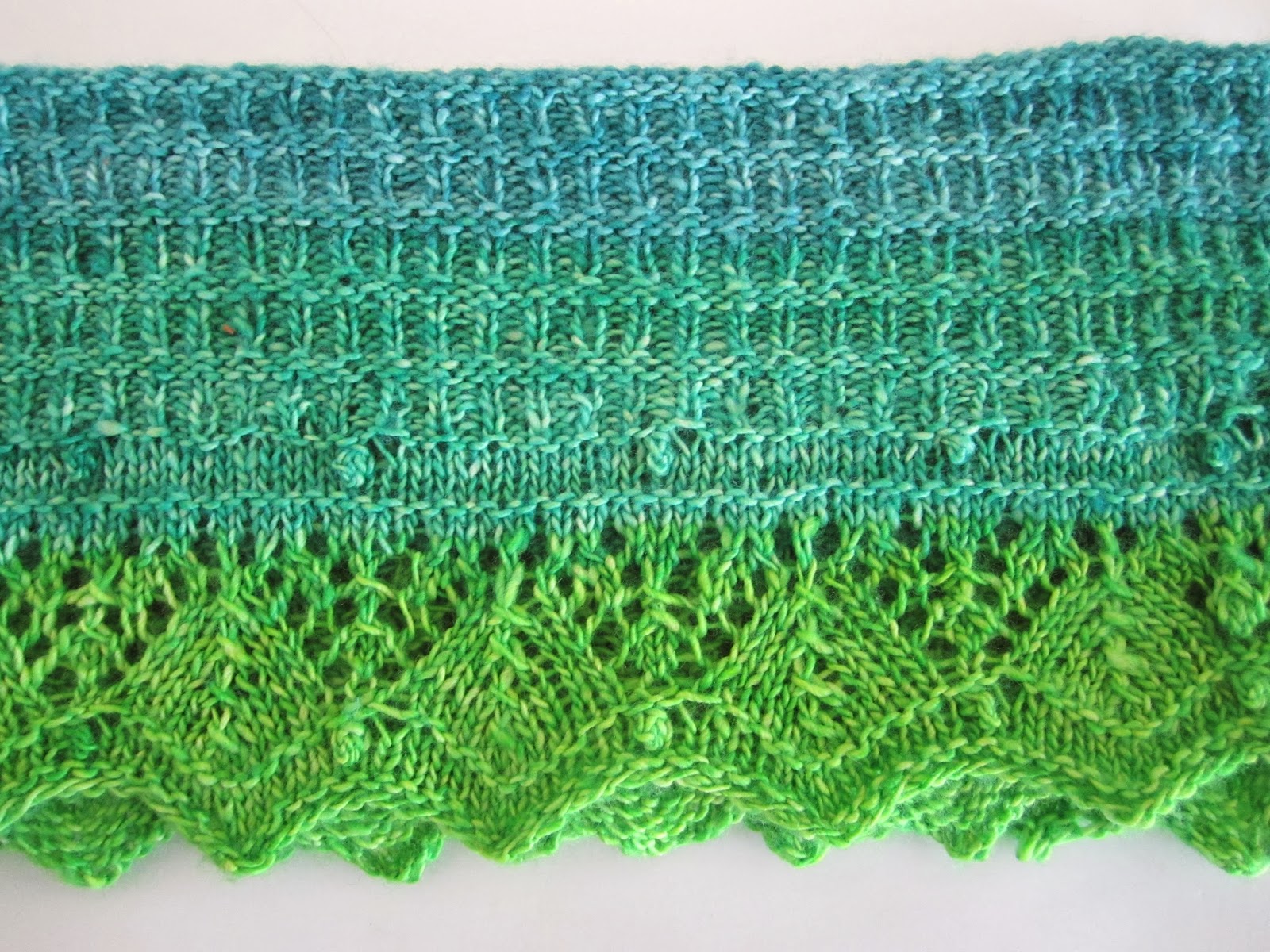 I didn't even miss the blue at the end this time! 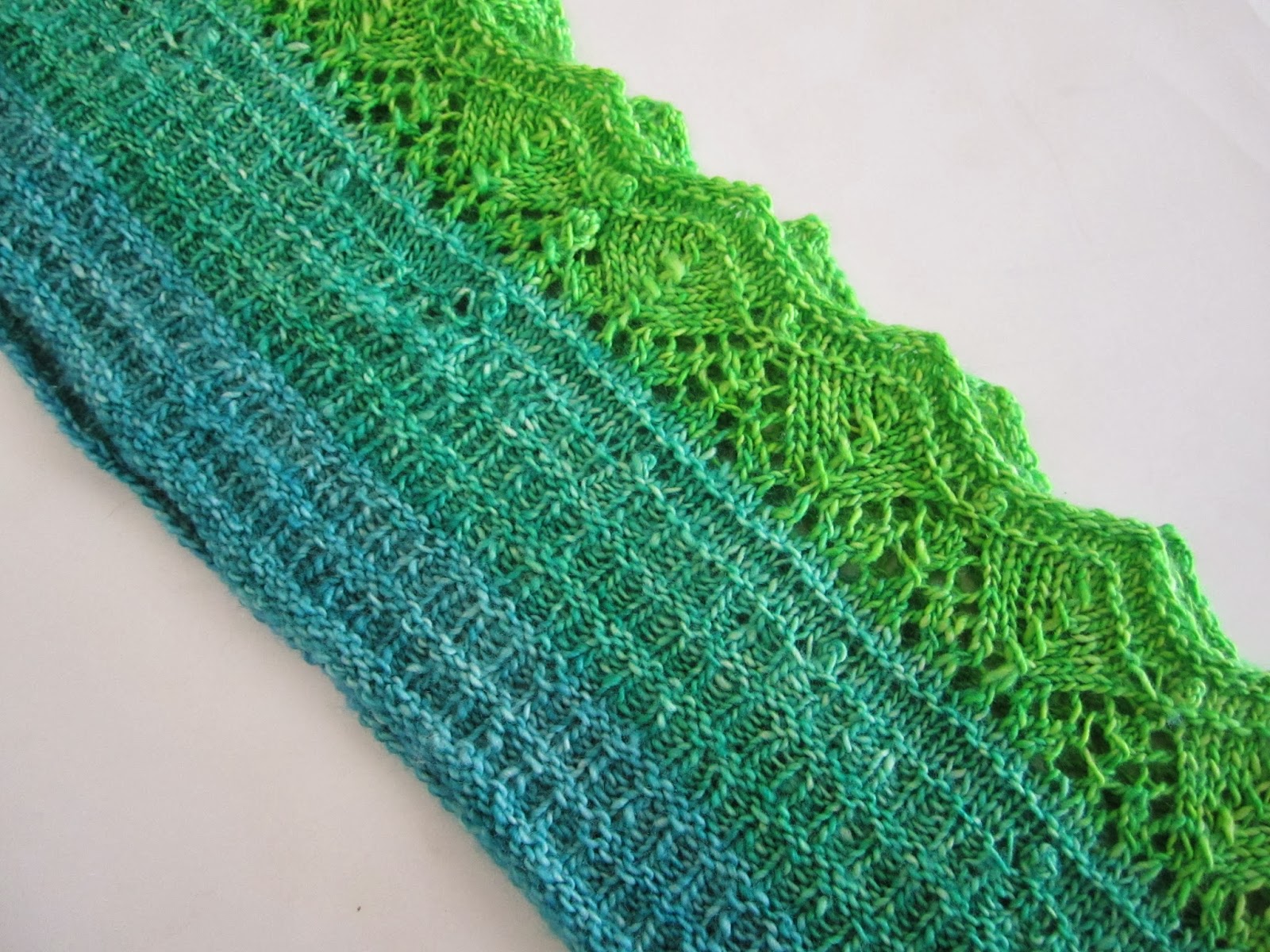 So the lesson here is to PLAN AHEAD! Don't repeat my mistake!

It did end up being a Happy New Year's gift rather than Christmas, but I knew that Emily would understand. Besides, I didn't even tell her that she had another gift coming!  I do plan for some things and I wasn't going to put pressure on myself, if I decided that I just couldn't knit one more row of the pattern!

My husband bought me another skein of gradient yarn for Christmas in shades of blue.  You can bet I'll study it a long time before I decide to start with either pale blue or royal!!
Posted by Elaine at 1:21 PM 1 comment:

I certainly have taken my sweet time posting this pattern!  I'm not sure exactly why it's taken me so long, but I finally made myself just sit down and do it!!  This is another of the "new" squares that I designed for Ruthie's Farm blanket .  I think the only two I haven't posted yet are the cat and the dog.  In any event, I was happy to knit something out of a bright color.  What a long, miserable, snowy winter we've been having here in New England.

The bib is knitted out of Peaches & Creme in Peacock. 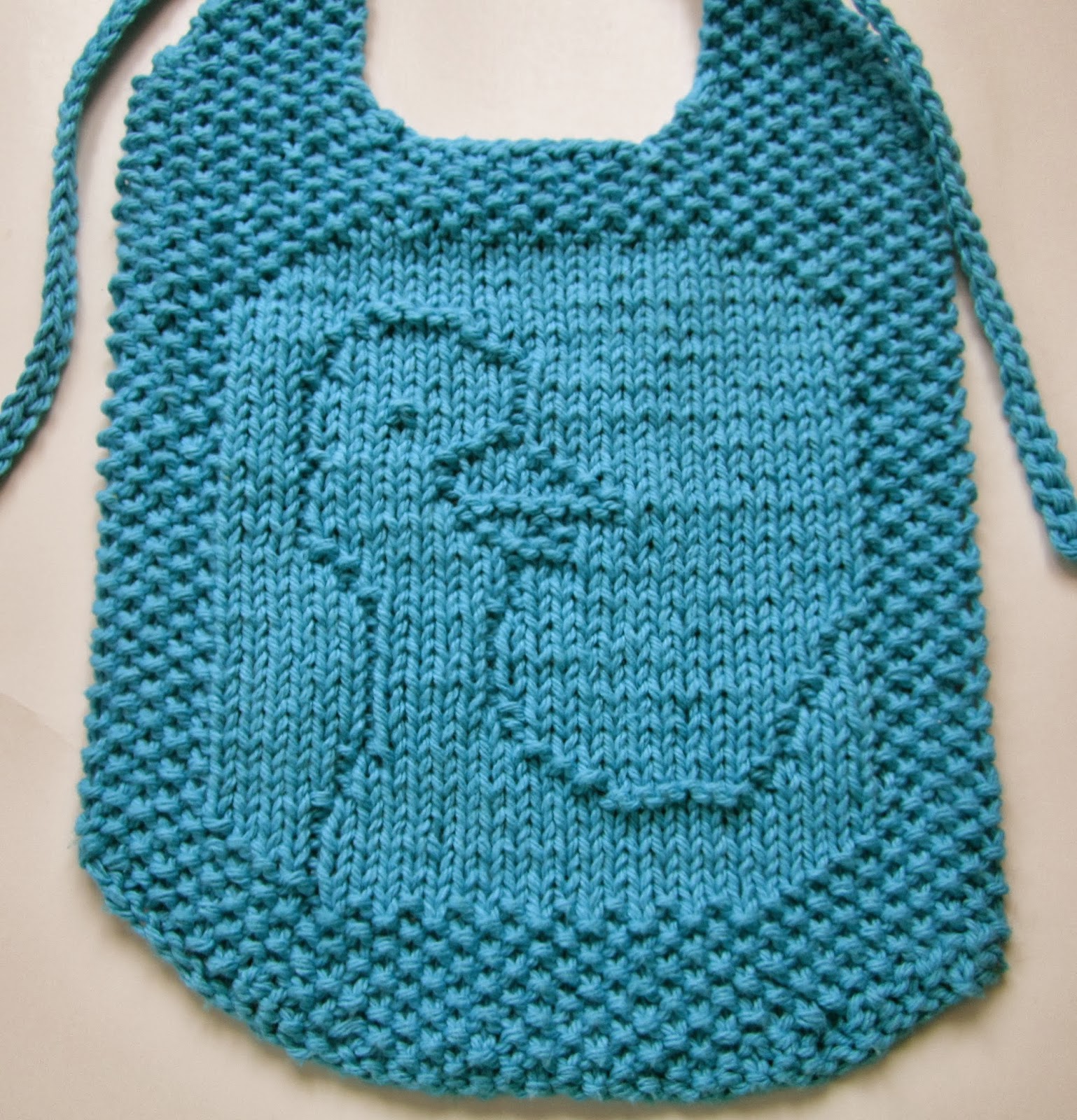 For the cloth, I used the same yarn only in Gold. 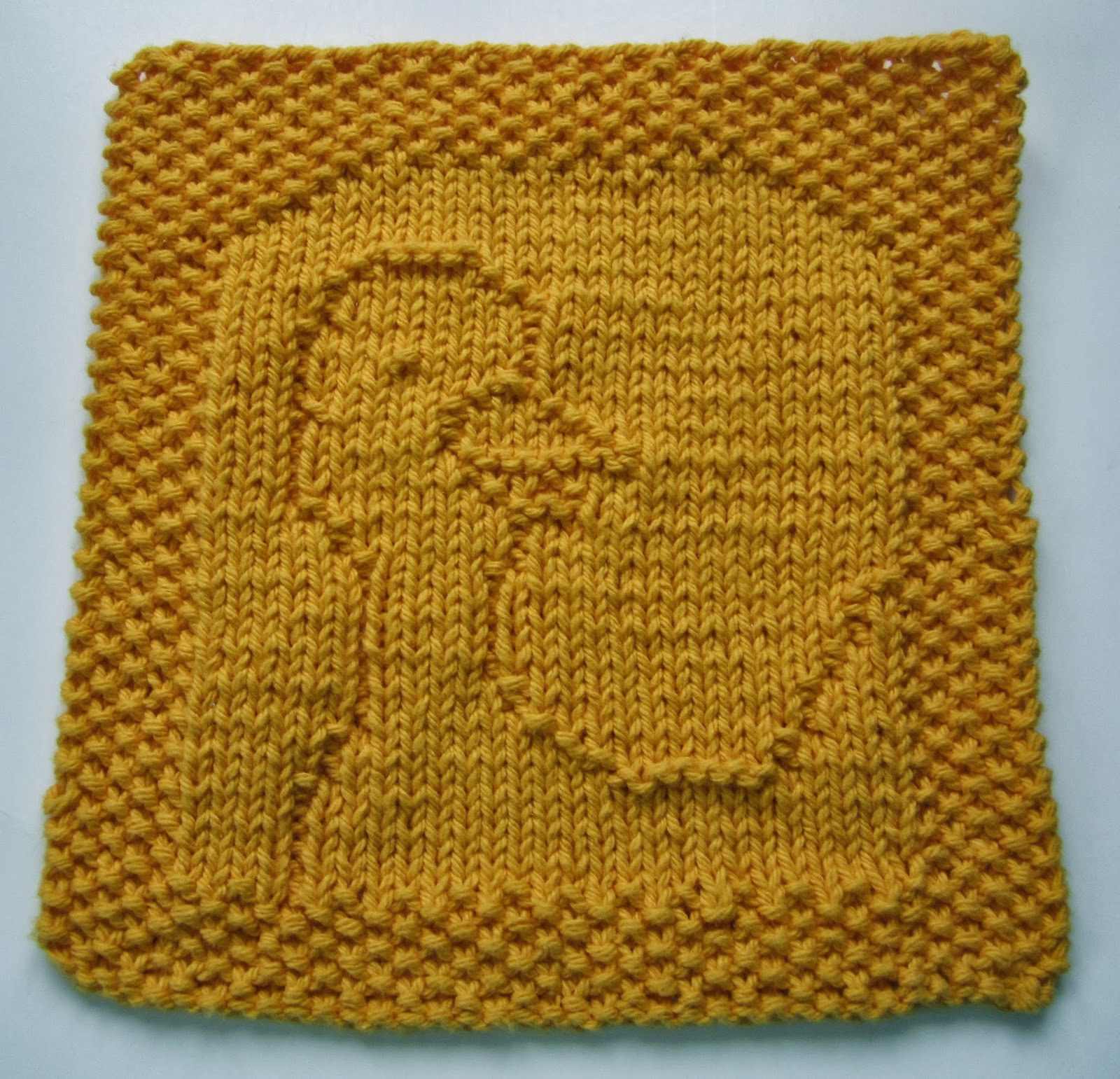 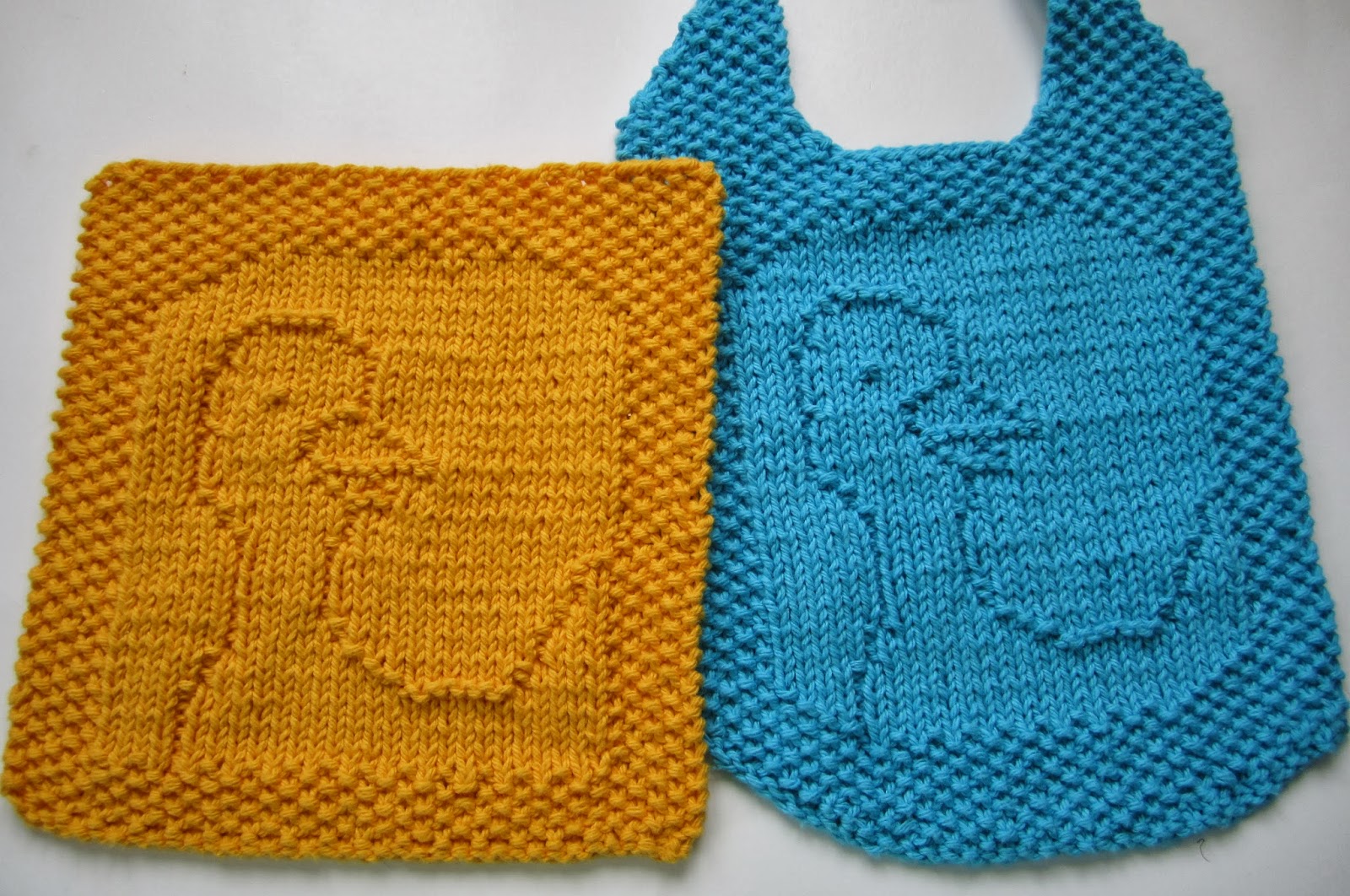