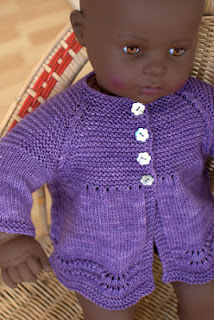 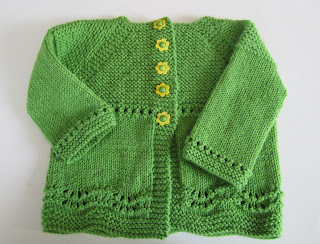 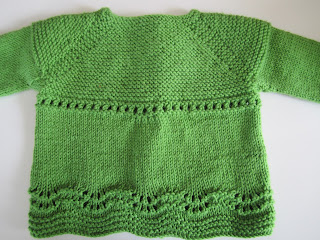 In the spirit of full disclosure, I will admit that there was one huge, glaring error.  I hadn't seen Ruthie in awhile and wouldn't you know, the little bugger had the nerve to grow and the sweater was too small!!  How could she do that to me??! Still, I know the sweater will go to a good home and will keep some other little girl nice and toasty, but I was disappointed not to see it on my own grandchild!  They tell carpenters to measure twice and cut once.  I think that advice could also apply to aging grandmothers!  Measure first and then knit!!
Posted by Elaine at 11:01 AM 2 comments: