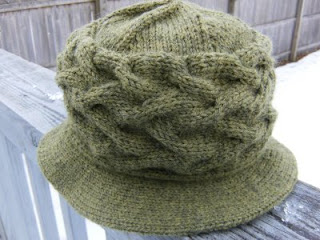 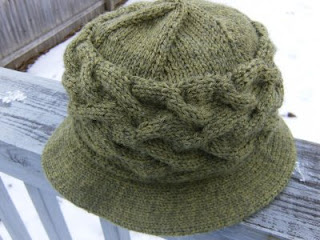 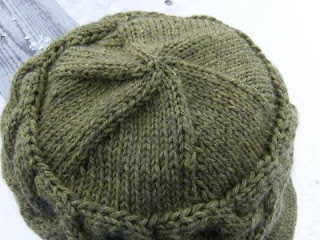 That's a really cute hat! Is the brim felted? Or what makes it stiff and not floppy? At least it doesn't look like it would be floppy. Really nice!!

I hear you about using up the stash. I am making some "guy" socks and thought I could use from my stash without much trouble. So....I have used up 2 stash skeins - and just bought 6 more "new" skeins. Not sure I am moving in the right direction..... OPPS!