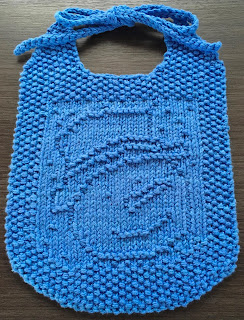 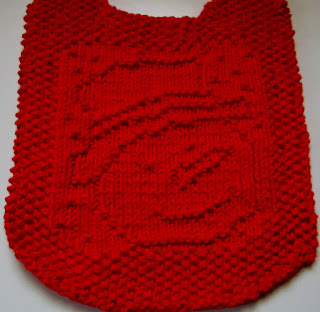 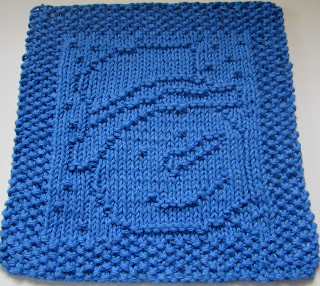 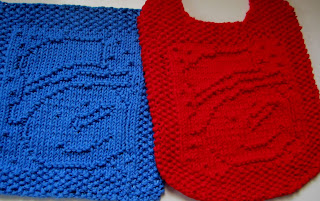 It sure would be great if this is the only snow we'll see all winter, but I hear that it's supposed to be brutal here in New England. I hope they're all wrong!!
Posted by Elaine at 2:21 PM

Happy Birthday, Elaine, and thank you for the new bib/cloth pattern. I'm going to knit one for my grandson.
Sorry for the loss of your father. I know exactly how you feel, as I just lost my sister this week after a very short battle with cancer. We will always miss our departed family members, but we are comforted by the memories of them.
Take care,
Christine

love this snowman dish cloth, but there is an error on row12, stitches only add up to 35

Happy Happy Birthday! Thanks for another great pattern.

Sorry to hear of the loss of your father. He sounded like an incredible man!

You're absolutely right about Row 12 in the Snow Buddy cloth and Row 16 in the bib. Both rows should end with (p1, k1) x3. Both my testers and I discovered that error before I posted the pattern, but when I uploaded it, the "test" version appeared instead of the corrected one. I apologize profusely for the mistake and I thank you for bringing it to my attention!

Your link for the cloth on this one gets you a permanent url error with a message for you. Is it posted somewhere else?

clink on the links in the column on the right

So sorry for your lost. I did lost my Dad too about 5 month ago.

So sorry for your loss. Your dad sounds like he was a wonderful man. My dad has been gone 11 years and I miss him as badly today as I did the day he died. You will be in my prayers. And I LOVE the new bib and cloth. Snowmen are my favorite people!