I have been very neglectful about posting, so I thought I'd just share some pictures with you of what I've been up to lately.  We have a small hospital here in town and I was chatting with one of the maternity nurses and casually inquired if they ever had a use for baby hats.  I didn't dream of the response.  As it turns out, they just love them but the wonderful knitter who use to make them stopped and has since passed away.  I volunteered to knit a "few" to see if they'd like them. 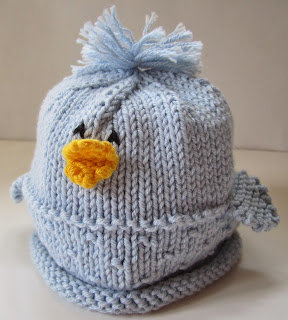 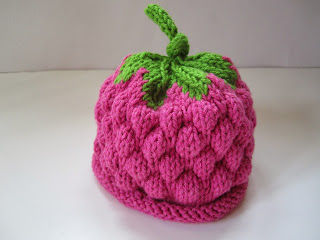 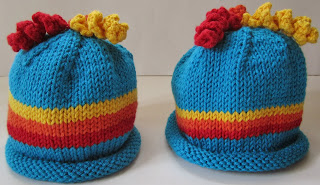 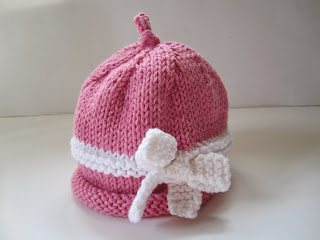 Most of these are just my own design, like the hat with the bow.  I actually was trying to think of something to knit for a baby girl and I literally had a dream about that one!  Fortunately, I remembered how I knit it when I woke up so I could create it! 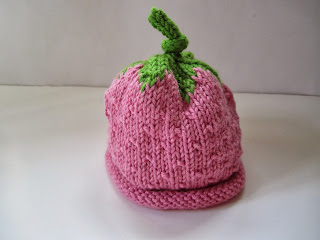 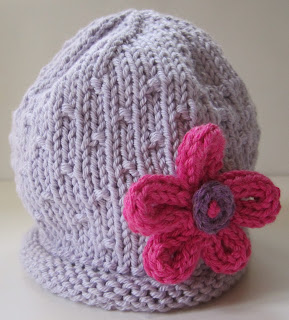 I love this little purple hat.  The flower is just an I-cord.  These are all the same basic hat and I just change them according to my whim.  They don't take much time at all and are quite addictive! 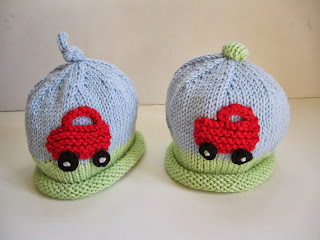 I came up with the idea for the little car hat and then was appalled that someone else had one almost identical for sale on Ravelry!  Yikes!  It's just uncanny how similar the two patterns really are. My car was patterned after my Beetle that I drove and loved for years!

Some of the hats are from free patterns that I found on Ravelry, like this little rosebud hat. 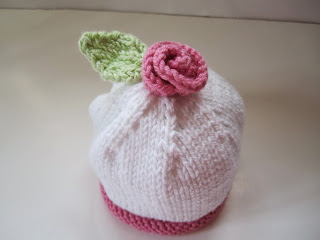 Here's a link to the free pattern as well as some other really cute ones! Baby Hats  I modified it by making both the rosebud and the leaf slightly smaller.  These are for newborns after all!  I used Plymouth Yarns "Jeannee" for all of the hats.  It's a cotton acrylic blend that can be machine washed and dried.  All of these hats were fresh out of the dryer!

Another really cute hat is this pumpkin hat found here.  I've knit this one a number of times for the Fall babies and didn't change it at all except that I knit the ribbed version and alternated one row of k7, p1 with one row of knit.  It makes these cute little bumps that stand out a little bit more. 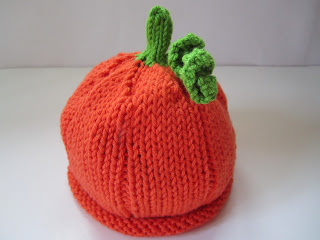 For the Fall baby boys, I knit some football hats.  I looked at all the ones on Ravelry, but I didn't see exactly what I wanted, so I came up with my own version.  (My grandson, Jack, lent me his mini football pennants for the picture!) 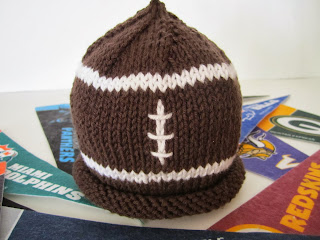 These were a huge hit with all the men in my house.  Even my husband, who never pays attention to anything that I knit, said that he thought they were really cute.  He's not a big football fan so he thinks I should work on a baseball hat for the Spring!

So far, I've knit and delivered about 26 hats to the hospital.  Next up, I've got to start thinking about Christmas and Winter babies.  Maybe some stocking caps?

Elaine, your hats are adorable as is everything you knit. The hospital will be so excited to have them!

oh wow! those are beautiful hats and each one made with love. Those babies will be blessed.

Those are all so cute!

Those will be very loved by the new moms and dads!

Those are awesome! I'm a big fan of hand-knit hats at the hospital. When our daughter was born 2.5 months premature, we ended up being the recipient of a few preemie hats, which really brought some great joy to our NICU room (and turned me into a knitter, which you can read about on my blog). The hats we received were pretty simple, but much appreciated. These beauties are so cool, and I'm sure they will be treasured by their recipients. Probably handed down to future generations. :)

All those hats you have made are super duper cute! I would love to have those football and "raspberry" hat patterns! You should SELL them and make money off this! Let me know when or if you have it for sale!

The hats are beyond adorable. What a wonderful way to welcome new little ones into the world.

Mamere Knits Too Much said...

they are so cute & you are lucky your hospital accepts creativity!! our hospital has a pattern they distribute to knitters & you can't deviate from it. it's your basic k2p2 beanie hat..........