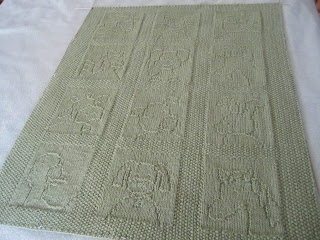 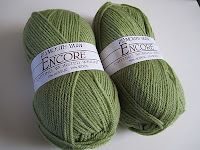 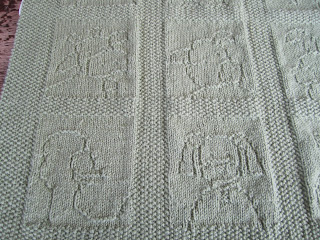 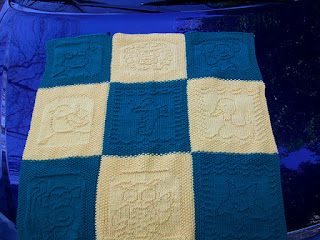 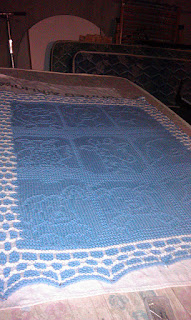 She used Lion Brand's Baby First for her yarn and added this adorable border.  See, it is possible to knit a nice border.  Perhaps I should have consulted with Cindy before I began!
Thank you to both Jamie and Cindy for letting me share their pictures.  I guess now I have to decide if I want to start over or not.  Stay tuned.
Posted by Elaine at 12:27 PM

Your blanket is beautiful and would be a wonderful gift. I could not see the flaw that you mentioned in the border. It will be loved.

I think your blanket looks fabulous! I don't see the issue with the border.

I agree that the mistake probably bothers you more than it would the recipient, and I fully understand your wanting it to be RIGHT. In those situations, I donate my minor boo-boos to Project Linus. It is also my vehicle for a lot of quilting practice. Seems like a win-win to me. It's gratifying to know we all make these mistakes, even when we're experienced. Somehow lightens the burden of feeling so dumb, and helps me muster the wherewithal to start yet again!