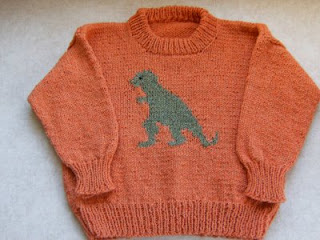 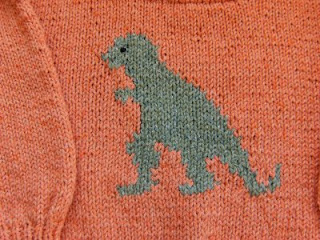 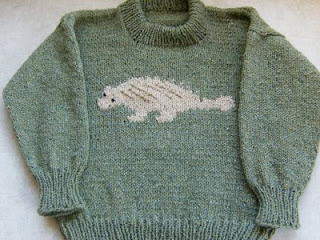 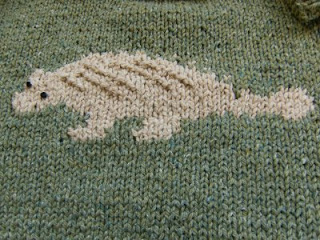 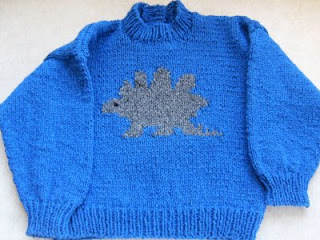 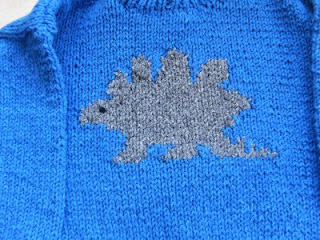 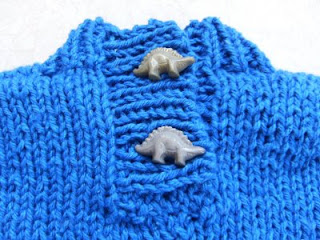 Three cute sweaters all from the stash. If only they had actually made a dent in it. I still have some red, just enough to make a fourth sweater. Maybe the boys would like a little sister? Hmmm, I wonder if there were ever any cute dinosaurs?
Posted by Elaine at 7:07 AM

OMG....You have outdone yourself this time!!! So cute - all of them! And, you save that red yarn. A brontosaurus with a bow on (her) neck would be just perfect for a little girl. I'd head for a Flintstone book to find a cute picture. I am not very creative on my own!

Some have described Mahakala omnogovae as cute.