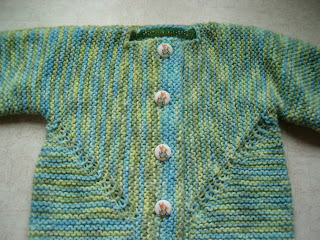 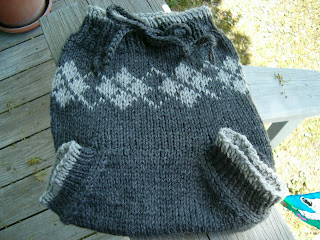 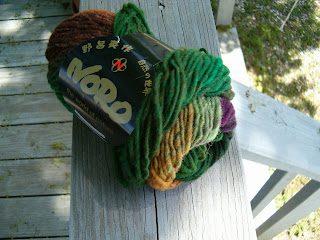 oh gma, i love the soaker! it's wonderful! what a stylish butt he will have!

and when you say "next time" you try the baby surprise jacket, are you implying that i ought to have another baby? ;)

I've thought about ordering the pattern for the BSJ, but I was worried about getting bored w/all that garter st., too. Right now, I'm working on a baby blanket knitted on the diagonal....all garter st.! I can't wait until I'm finished w/it.

The BSJ? Can it be done in stockinette or will that effect how it's assembled?

I made one surprise jacket, just to see what all the hoopla was about, It is a unique design, but I somewhat agree with you. Sometimes I need "mindless" knitting, however..... :)